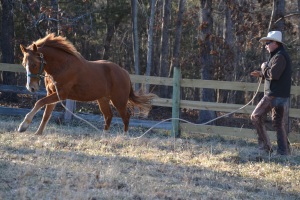 When I was about ten years old my parents let me join a Pop Warner football league. Pop Warner football is where young boys (and now girls) begin to learn the foundational aspects of playing tackle football. Up until that time I had only played sandlot football with my friends which consisted mainly of a bunch of us boys getting together with a football and then running around and falling down on occasion, which is what football looked like when we watched it on TV.

After a few practices with my new team in which we learned how to throw, catch and kick the ball, along with a few specific plays (many of which I didn’t really understand), we were given uniforms complete with shoulder pads, helmet and a jersey with a number on it. Mine number was 89. I remember right after I put on my new uniform for the first time, how much I felt as though I had somehow been magically transformed into a REAL football player. After all, I certainly looked the part!

Then, a week or so later we had our first real game. The team we were lining up against was a team of players that were all much smaller than us, which gave us the impression that we would be able to beat them without too much trouble. But what we didn’t know was that they were in their second year of playing together. The smaller team had experience and skills that we didn’t yet possess. They beat us…badly. You see, while our team LOOKED like football players, the other team had the experience and skill to BE football players. Taking away their uniforms would not have taken away their skill and experience, and giving us uniforms certainly did not add to ours.

A young man attended one of our clinics a month or so ago, and had watched as I worked with a number of horses over a three day period. As we were finishing up on the last day, I asked if anybody had any questions. He raised his hand and then very politely asked why it was that he hadn’t seen me use any of the same kind of training tools that he had seen other clinicians and trainers use. In particular he wondered why I didn’t use any flags, lariats, sticks, spurs, “natural” rope halters, and the like.

The short answer I gave him was that I didn’t feel there had been any horses during the clinic that actually warranted the use of any of those kinds of tools. The long answer went into a little more detail.

You see, whenever I’m asked about the training tools I use – or more to the point, the ones I don’t use (which actually occurs more often than one might think) – I usually begin by sharing a little bit of my history and background. Specifically, I mention that I worked for an old horseman when I was younger who was a throw back to simpler time. A time when working with horses had more to do with the skill of the person doing the work than the kind of tools they used. As a result, the tools he used, and the ones I was first introduced to back then, had a tendency to be simple ones.

For instance, the halters he used were either made of leather, or they were handmade rope halters. These rope halters were not the fancy synthetic ones that we see today. Rather they were made out of the kind of rope anyone could buy for a couple cents per foot down at the local hardware store. It was the kind or rope that was mostly used for repairing or replacing clothesline. And when I say the halters were hand made, what I mean is that he made them – by hand.

A few of his lead ropes and at least one pair of reins were actually made from the same material. But most of his lead ropes were made out of manila barge rope, which was light brown in color and pretty rough on the hands – a natural deterrent for wanting to grip the rope too hard should a horse be bouncing around on the other end of it.

A few of his ropes were made of cotton or hemp, specifically, the ones he used for long lines and ground driving. He liked using the softer ropes in situations where there was a chance, if even a slight one, that a horse could get tangled in the rope when working with them. This didn’t happen very often, but still, there was always less of a risk of the horse getting rope burned with a soft rope than with the stiffer manila rope.

I also recall there was always a well used lariat or two on the place. In fact, it was with one of those old lariats that I first learned to built a loop and catch a bucket or a fence post or a water pump handle. Seldom, if ever, was one ever used on a horse.

In the rare instance when my boss felt a horse needed to be desensitized or as he put it, sacked out, either an old saddle blanket or a burlap sack (thus, “sacking’) was used. If for whatever reason desensitizing needed to be done from a distance, say, more than arm’s length away, the blanket or sack would be secured to the end of a broom handle.  Again, pretty simple.

I remember that an old buggy whip sat off by itself in a corner of the tack room and was used mostly for sweeping cobwebs from the rafters once or twice a month. An equally old leather bull whip hung on the wall just inside the tack room door, and as far as I could tell was never used for much of anything at all. There were also a half dozen bits attached to old leather headstalls that hung on the walls of the tack room as well. But generally speaking, we usually only used one or two of the bits with the horses we worked.

So in general, these were the types of tools that I was originally introduced to and that I ultimately grew up using. They were simple ones that when used properly and with a little bit of skill, could help a guy get through most days of working with horses without too much trouble. They were also pretty much the only tools that, as I grew older and began working horses on my own, I found I really needed.

Today I carry many of those same simple tools with me as I travel around the country. I have four hand-made cotton driving lines of various lengths, a web halter, a rope halter and a handful of bridles with a small variety of bits and a few hackamores. We also have a variety of halters, but the majority of those are made of nylon web. I also carry with me a hand full of rope halters as well, but I don’t really use those very often.

I do have what some folks might refer to as a “flag,” which for me is little more than a small plastic grocery bag duct taped to the end of an old whip handle. My “flag” is in the trailer somewhere and has been used twice in the past eight years. Once was a few years back when I used it to help a nervous horse feel better when we were working a clinic out in California, and three years before that I used it to help move a few head of cattle into a trailer. Since then I hadn’t really had much call to use it, and so there it sits, buried somewhere in the trailer.

Now it is no secret that we are all, to one degree or another, a product of our past. Certainly when it comes to this subject I am no exception. I grew up in a situation where there was almost no emphasis ever placed on the kinds of tools we had or used. Basically, we used what we had and if we needed something different, we just put it together out of things we had laying around. As a result, training tools, in and of themselves, never became all that important to me, and to be honest, they still aren’t. However, what seemed very important back then, and still is to me today, is finding ways to communicate with the horse in the most simple and effective way possible. Because that was where the emphasis had been placed during my early work with horses, that is where I still place my focus and efforts today.

I suppose some folks reading this might be getting the impression that, because I place so little emphasis on training tools, that I must have some sort of aversion to the use of tools in general, or that I am in some way criticizing those that use tools regularly, or that I’m trying to make a case for not using tools at all. But nothing could actually be farther from the truth. Not only are training tools necessary to a certain degree when working with horses, but the tools we use and how we use them most certainly can play a very important role in the development of our horsemanship.

However, I also believe that when the use of our tools becomes more important than the development of our own personal skills, feel and understanding, it also becomes very easy to lose sight of the big picture. That picture, in my opinion, is being able to develop simple communication, and thus a meaningful connection with our horses. After all, in all my years working with horses and their owners, I have never once heard anyone tell me that the one thing they really want is for their horse to develop a strong bond and relationship with their flag or lead rope or stick or lariat.

Again, I do want to stress that using training tools is not necessarily a bad thing, and in fact, using the right tool at the right time can actually be quite an art. But I think most of us would probably agree that using the right tool at the right time and using the same tool all of the time (regardless of whether the situation warrants it or not) are two entirely different things. Even more important when it comes to this particular subject, I think, is coming to the understanding that using any tool when none is really needed can, and often does, get in the way of communication, and thus relationship.

Personally, I have found over the years that the simpler I have kept my tools, and the less liberal I am with their overall use, the better things have generally gone between my horses and I. Besides, by keeping things simple and using only what I need, when I need it, I am allowing myself the opportunity to further develop and refine my own movement, energy and skills which, I believe, is what horsemanship is really all about anyway.

So the next time we’re working with a horse that is struggling a bit, maybe before we reach for that stick or flag or spur or lariat, or any number of other tools that may be hanging in our tack room, we could take just a minute and ask ourselves: Is this tool something I really need to use right now?

I think in most cases, and if we are honest with ourselves, the answer might just surprise us.